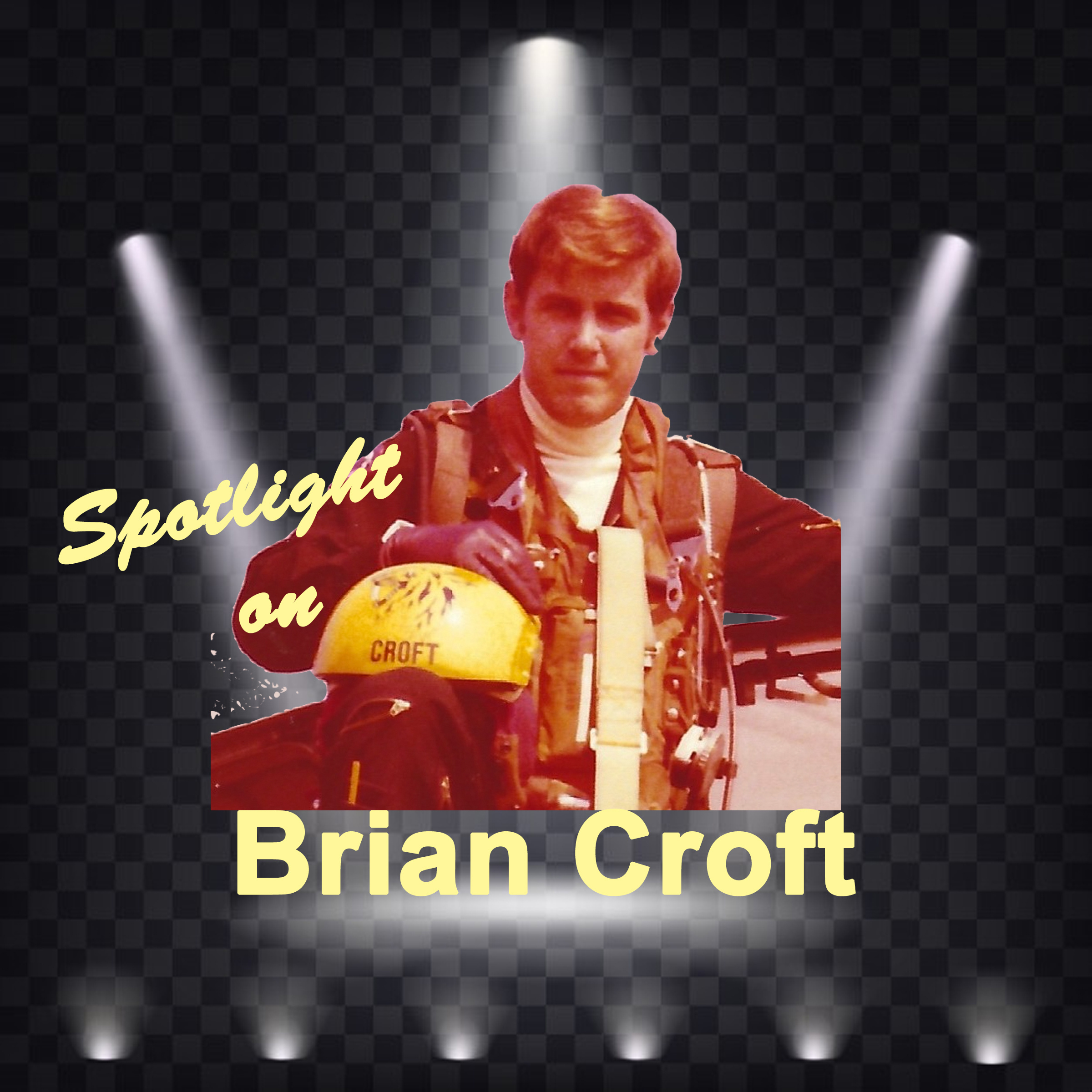 The Artistry of Paradox

Brian Croft is not what you might think of as a typical artist. There is nothing vague, daydreamy or chaotic about him. There is no sign of ego or drama. Rather, he is meticulous and organized. His integrity, modesty, ethics and gentlemanly ways are rigidly seated and seem honed from a previous era.

But there are many layers to Brian Croft and these are seen not only in his character, but in his art. He is a paradox, and that is a compliment. He is, at once a scientist, draftsman, historian, archivist AND painter. His repertoire is of works rooted in clear logic but expressed through the graceful eye of an artist. Look closely at his paintings and you will see soothing textual patterns sheathed by hard-edged structural elements. This artist cautiously limns a Vancouver street-scape and with grace and rhythm, creates a scene to transfix the eye and mesmerize the brain. Cast your eyes on Vancouver Theatre Row, 1965 for example. The accuracy of the scene is like a photograph, but it’s the artistry of the lighting, shadows and splashes of whimsy that are so alluring.

“I first became aware of any sort of artistic bent when I was in grade 12, at Steveston Secondary in Richmond,” said Brian. “This was thanks to Mrs. Stavrakov, my art teacher and Mr. Hilderman, who taught Industrial Arts. Suddenly, I was hooked on creative detail. Prior to then, I had no cognizance of any talent or passion. I thought science was my forte and that was what I pursued.”

Brian entered UBC in the faculty of science, but half-way through his first year, his natural determination started to falter. While aimlessly strolling along Granville Street, past the Silk Hat, Vogue Theatre and Birks Building, he wandered into a musty, dimly lit office. And with that crazy happenstance, his life veered off in a whole new direction. The sign said Canadian Airforce Recruitment Centre and before he knew it, he was seated on a hard wooden bench filling out a form. That was in 1968 and within a year he found himself in Moose Jaw, Saskatchewan, learning how to fly jets. After three years as a flying instructor, Brian was then trained as a fighter pilot and transferred to Germany, where he served a long stint on 439 Tiger Squadron flying the CF104 Starfighter.

“It was fun but kind of intense,” said Brian with a slight chuckle. “As a distraction, I started painting scenes from the German landscape. Then I concentrated on recreating airplanes on canvas. Again, we see the paradox.

In 1976, Brian now married and with two children in tow, returned to Cold Lake, Alberta as a Fighter Weapons Instructor (Top Gun). After three years there, he gained employment as a pilot with CPAir, which later became Air Canada and was stationed in Langley. But he still felt a nagging need to research, paint and bring to life the histories of his environs. With a curiosity that went beyond any boundaries, Brian steeped himself into the lore and culture of Langley and downtown Vancouver. With precision, he embarked on a mission to discover and put on canvas the lights, storefronts, signs and cars that defined 1965 Vancouver streetscapes, the obscure elements of an old Langley schoolhouse, an iconic corner store or the first A&W in Langley.

As always, Brian sought out mentors and advisors. He became good friends with Norm Sherritt, Warren Sommer and Henry Ewert. All historians of note, with vast treasure troves of local lore, they fed Brian’s insatiable quest for knowledge. Relishing in the exact dimensions, signage and viewing, while simultaneously seeking out details that were often overlooked, Brian incorporated written history into visual renditions.

Brian’s works are now available for viewing and on sale at the online gallery – westart.com and langleyschooldistrictfoundation.com. 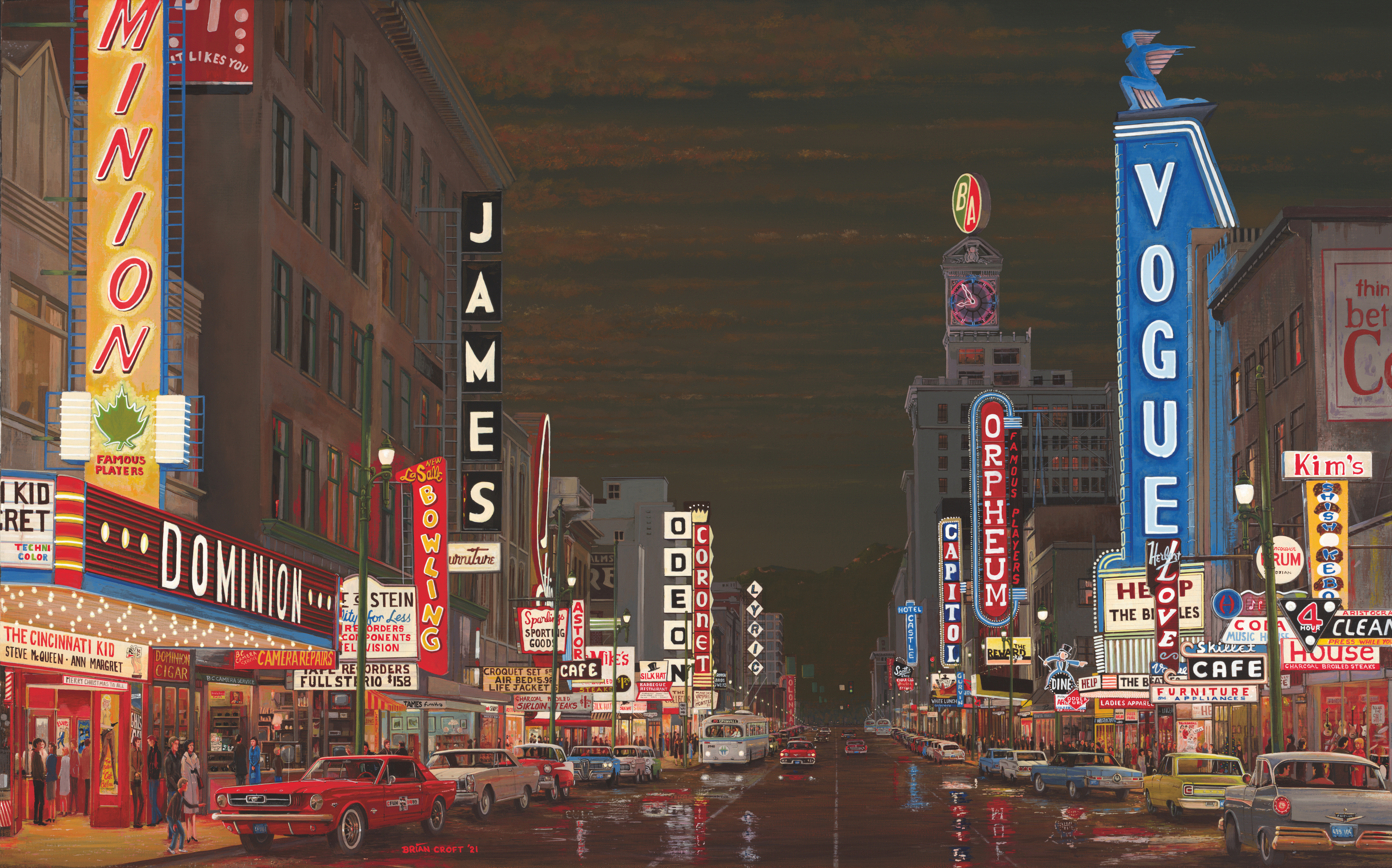