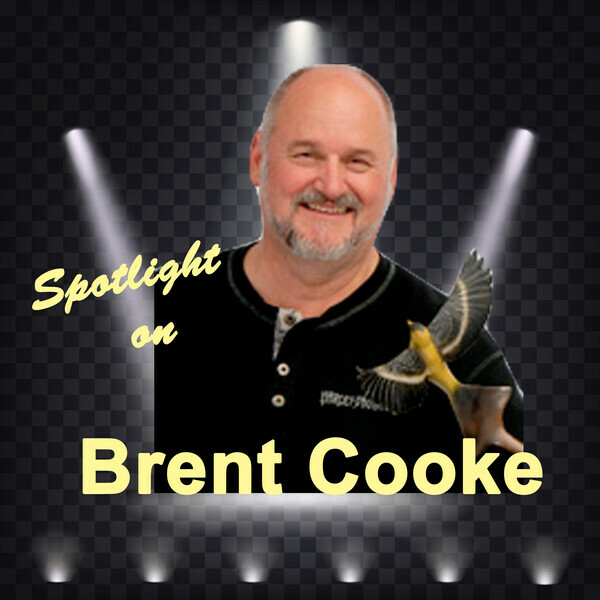 Birds of Bronze, by Susan Cairns

In the works of Brent Cooke, every area of focus, from the dramatic swoops of a heron’s neck to the delicate lines of a hummingbird’s beak, you can’t help but find inspiration in the subtleties and mysteries of the natural world. It is in Cooke’s works that you appreciate the method in the making of things and in the ultimate joy of seeing them at fruition. From conception to creation and onwards to completion, the journey is long, but filled with passion, industry, foresight, planning and exuberance, not only for the viewer, but most importantly for the artist. For without the artist’s passion, brains and brawn there can be no work of art. It takes guts and perseverance to make things happen.

As Brent Cooke said to me, “The worst part of the process is when the inspiration dissolves into drudgery. That is when I start to procrastinate. I walk by the half-finished blob sitting in my

studio and I have to force myself to go through the next steps – never quite sure if my vision will sustain the transfer from ethereal idea to tangible product. But, I’ve never been disappointed,” he says with a palpable sigh mixed with a charming hint of disbelief.

From Concept to Completion

Brent Cooke starts with a vision. There is no drawing.
“I would be the worst person on your team in a game of Pictionary,” says Cooke.
From his vision, he creates an armature (metal structure) of his subject and after a six-month long process (once started, there is no room for mistake) of filling with wax, sculpting with clay, firing and exposing his creation to a 1000 degree furnace, he has his bronze statue. Elegant in itself. But the work is far from complete. Next comes the alchemy of patina as the bronze-made alloy slowly metamorphizes into a startling replica of life. Colours, filigree, shading and nuance are added with extreme and sweaty precision – any tiny misstep could spell disaster.
“I would have to start all over again – from square one and right through that agonizing procrastination period,” says Cooke with a hearty laugh. “Luckily it has never happened.”
I couldn’t help but empathize. Well done Mr. Cooke! Your art is awesome. 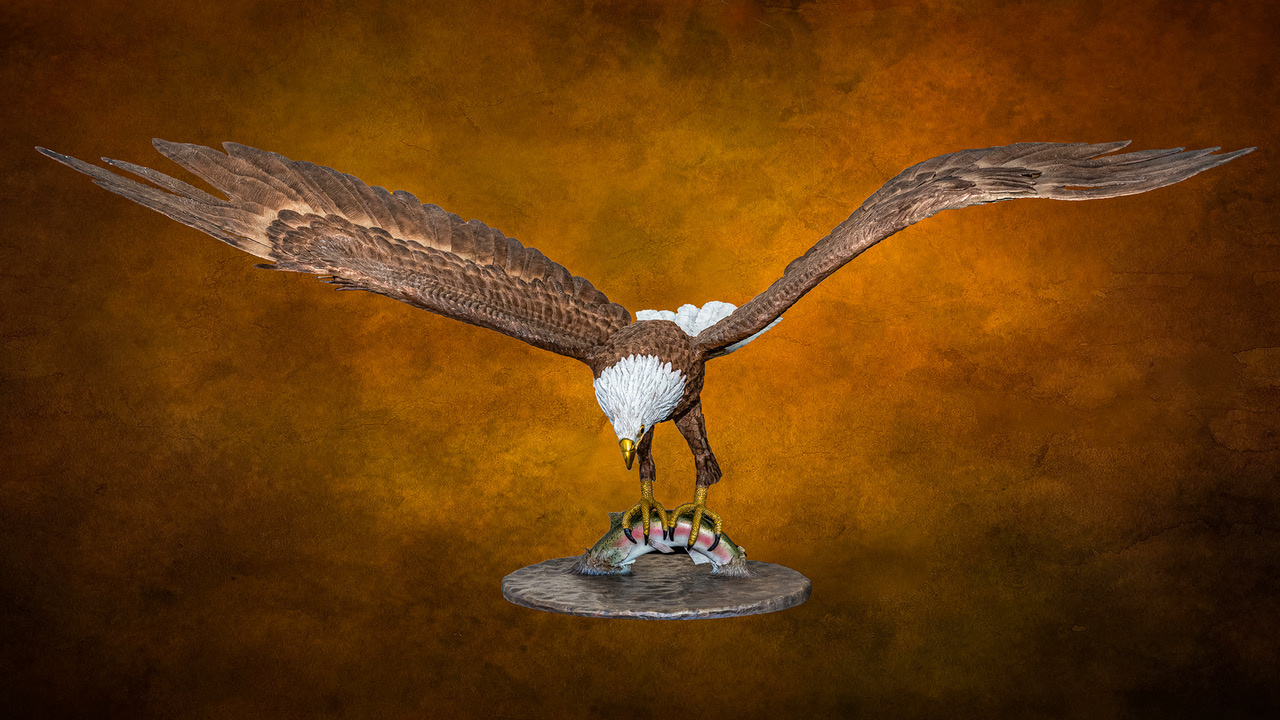