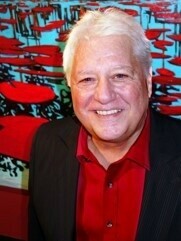 Richard is a former NHL Goalie who played for the Vancouver Canucks. He earned his spot in Canucks lore in 1982, when he backstopped the team to its first Stanley Cup final performance and was given the moniker King Richard. The native from Longueuil, Quebec retired from hockey in 1987. According to Vancouver hockey fans, Brodeur is one of the top ten Canucks in the club's forty-year history.

"Painting has always been a passion of mine", says Brodeur. When I was playing with the Canucks I was painting at home and brought a sketch pad with me on the road. Now Brodeur works on his art every day. "I had two passions in my life", he says. One was playing hockey and the other one, my art. I am a lucky guy because I have been able to do both. Richard now lives with his wife and dog 'Tony', in North Vancouver, BC.