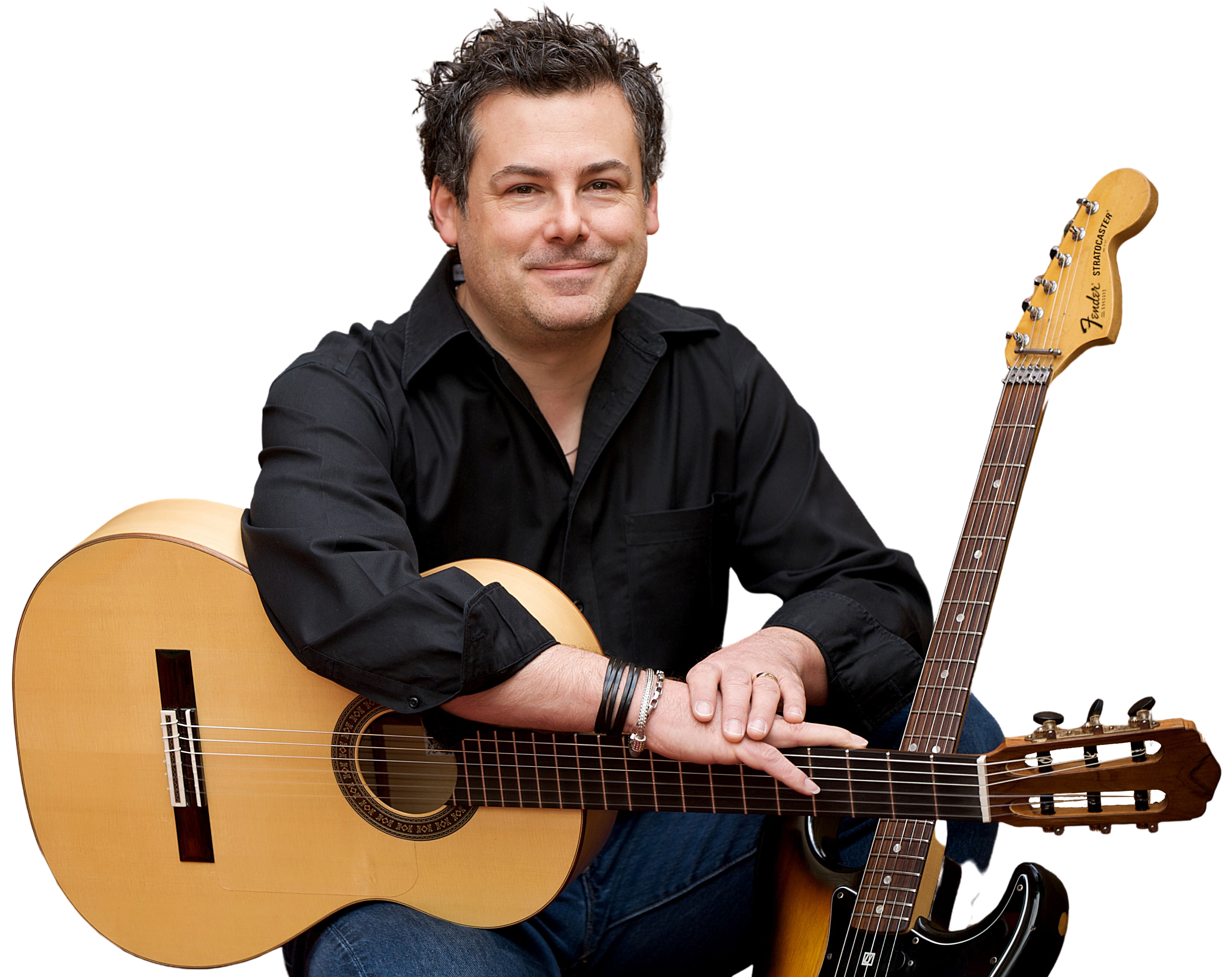 John Gilliat has been with the West Fine Art Show for the past 11 years.

Click on his image to watch a short welcome video.

Be Prepared to be Amazed!!

"When John Gilliat holds his acoustic guitar he holds technique and emotion in melodic balance and holds his audience in the palm of his hand."

John has dedicated himself to a fiery, world beat fusion of Rumba Flamenco and Latin Jazz. This Westcoast Music Award Nominee has toured throughout North America and Japan. Performance highlights include representing Canada at Japan's 2005 Expo, performing at Canada's 2010 Winter Olympics and performing for Canada's former Prime Minister Jean Chretien. John's recordings have been used for radio, documentaries, TV and film in North America, Japan, Ireland and the UK.

In 1995, John won "Best Acoustic Guitar Performance" in the Music West Star Frets Competition. He won Vancouver's Unplugged Competition in 1996, in 1997 he became a finalist in Vancouver's Global Star Quest and in 2009 competed at the Montreal Jazz Festival winning the Grand Prize at the BOSS Loop Station 2009 Championship National Finals.

CD’s to follow were Peace (2001), Christmas (2003), a wonderful collection of holiday classics played on flamenco guitars, accompanied by bass and percussion, Beyond Boundaries for North America and Japan (2004), Winter Strings (2009), and How to play Fiery Rumba Flamenco Guitar (DVD – 2005).

“I was a very, very shy 9 year old kid with a crazy burning desire to be on a stage playing for millions of people as a guitar player… So, How do you play for millions when you are so nervous to play for anyone?

Not only that; learning to play guitar was really hard! All I knew was to grind through a beginner’s guitar book and my teachers were uninspiring. I spent months trying to use my ear to work out a few of my favourite song intros from an old record player!

Eventually I worked out enough to put a rock band together in High School to play a talent competition. I remember we had to create a 3-song medley as I didn’t know how to play any songs from start to finish. It was fun but I was really beating myself up inside listening to all my guitar heroes and not knowing what to do to be just like them.

Soon after my talent show performance I met a very special private music instructor and my whole world opened up!

I was taught a completely new approach that brought me all the results and the solution I was looking for.

Soon after, I also began teaching private lessons and because of these unique concepts and systems I learned I felt it was so important that I pay it forward to teach everyone struggling to play the guitar.

Over the past 4 decades I’ve discovered that playing guitar for others is an extremely moving and powerful thing!

Guitar playing is so much more than a hobby for those with the passion to learn and better themselves. It becomes a part of who you are and a vital link in some of the best relationships you will have.

Playing guitar brings people together as a group and connects them through music. Picking up a guitar and playing your favourite songs is a great feeling and a big accomplishment.

Sadly, most people believe they could never learn how to play. This is not a true statement – You Can Do This at Any Age!

I really love sharing all the tips and tricks I’ve learnt to anyone with that burning desire to play! Especially those that are still struggling as I had been all those years ago.

Being able to witness my students transformation from a place of frustration to one of sheer joy continues to be one of the most rewarding moments in my life.

Now with the help of the internet I’ve found a vehicle where I promise to pay it forward in an even greater way. And hope to help as many people as possible with a better and faster way to reach their goals and dreams to play the guitar!