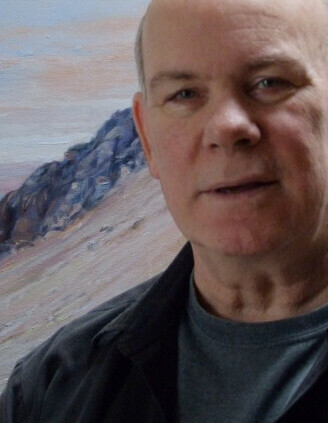 Drew is a representational painter born and raised on the Canadian prairies. Drawing and sketching from an early age, he received his Fine Art training in Phoenix, Arizona where, wandering the various galleries of Scottsdale and Tucson, he was deeply influenced by the contemporary western painting style of the Southwest

On his return to Canada, he moved to the extreme west coast of Vancouver Island and with the change of scenery came a change in palette. Life in camp can be physically challenging but with it came the rewards of living and hiking and painting some of the most remote and inspiring locations imaginable. A move to the city brought employment at CBC Vancouver as a video graphics artist where he remained until retiring to take up painting full time.

Living in British Columbia, Drew has been easily captivated by the vast and rugged beauty of the West coast and has traveled and hiked the area extensively with pencil, camera and sketchbook in hand. His paintings are simply an attempt to portray the life and land that surround us … to convey the wonders of nature in a manner unique to the viewer.

Drew currently resides in Langley and is represented by Harrison Galleries in Vancouver. 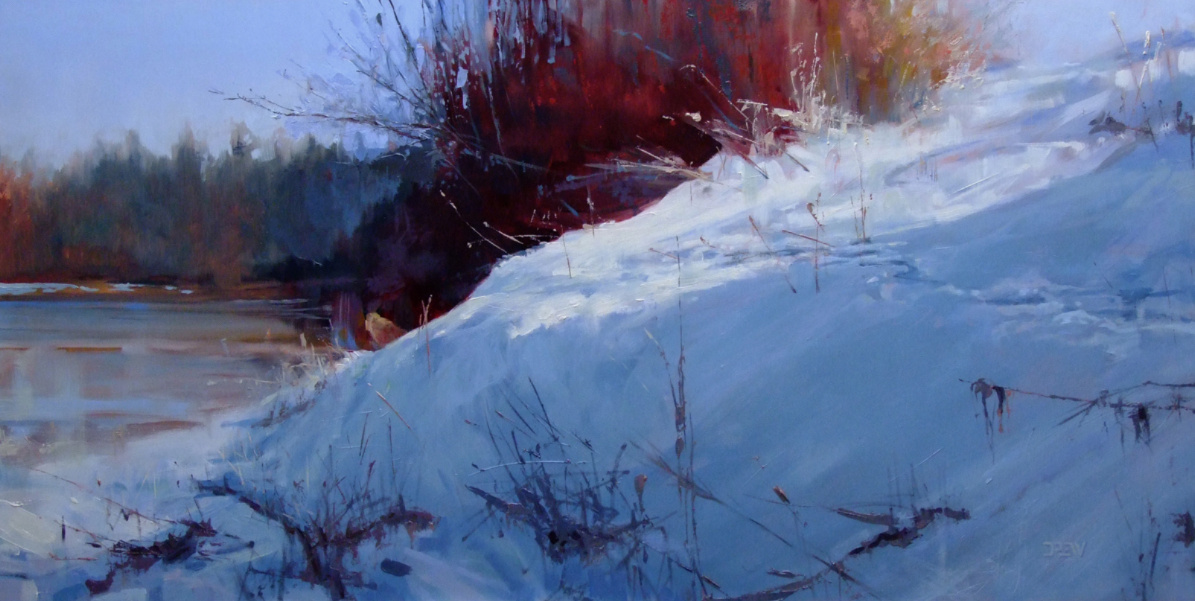 Local Langley artist Drew Keilback has been with us at the West Fine Art Show for several seasons. He was recently honoured with a First Place win in Southwest Art magazine’s 2019 Artistic Excellence competition. We think you will agree, when you find yourself smiling at his winning painting “FoxTrot”, Drew, as a local Langley artist is a growing force. This contest had more than a thousand entries; from all those entries, a stellar line up of 13 artists and their entries, "13 works are the ones that most captured our attention”, were recognized and, of these, Drew, won first place. At the prestigious Southwest Art Magazine of 40 years, here is a link to the contest: https://www.southwestart.com/featured/artistic-excellence-2019

What a thrill that his accomplishment focuses on just a tiny but glorious piece of our local topography and that he tells such a simple but compelling story of our community to the whole world.