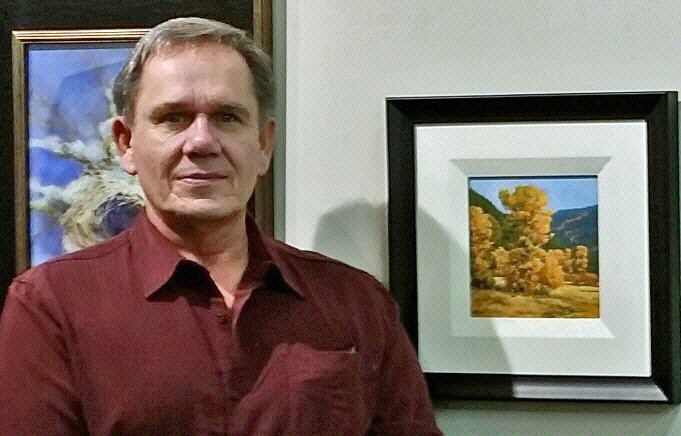 GEORGE L. TRAICHEFF has lived from Atlantic to Pacific coasts. He is an artist who works in various mediums & subject matter and prefers to work “en plein air” as much as possible and use field sketches as well as his photography to complete larger studio works.

He has studied at Ecole des Beaux Arts in Montreal and the Arts Students League in New York. Upon moving west to British Columbia as a member of the RCMP, he was fortunate to meet and be taken in under the tutelage of late great artists; Clarence Tillenius and Robert Lougheed, who both have had a vast influence on George’s life and work. He has also studied and painted with other well-known artists, including, Robert Bateman, John Clymer, Harley Brown and others. He has taught painting & drawing at a number of venues in both Canada and the USA.

His paintings and original prints are collected worldwide and have been published in a number of journals, magazines & books and can be found in private and corporate collections including the former first lady of the United States, Prince Phillip, The National Gallery of Canada and the Metropolitan Museum of Fine Arts New York.

Click on the image to enlarge
Copyright © 2022, . All rights reserved. | Administration | Powered by ArtSites.ca